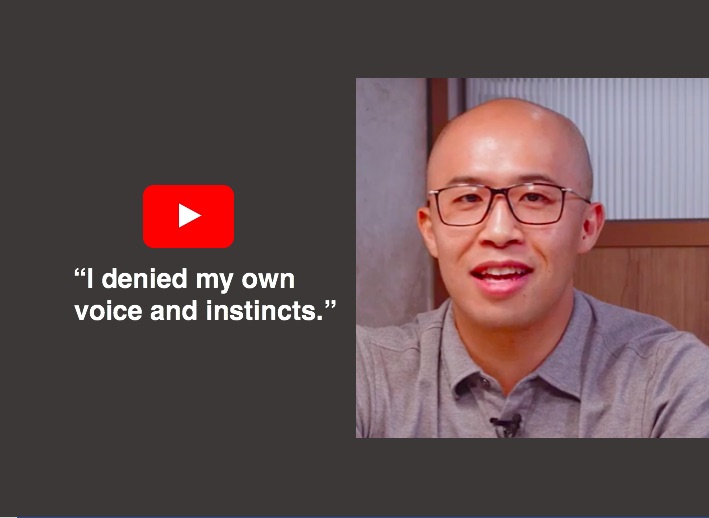 Jeff struggled with his heart’s instincts and how he felt he needed to behave. As he sought the Holy Spirit’s counsel together with other brothers-in-Christ, God showed him how his spiritual gift of compassion had been corrupted as a result of constant negative reinforcement and a significant traumatic experience as a child. As a result, Jeff felt relieved and free to be himself. Praise God!

I don’t know. And so rather than use this voice, it became a harsh tone of judgment.

Now, the first point I want to highlight is constant negative reinforcement.

Now as a child, I was always drawn to the lonely, those in the classrooms that didn’t have friends and I was moved towards them, but I didn’t know why. And as I grew up, I would constantly help people. I would spend time with them. I would loan out money.

And what happened was my parents recognised this behavior and they said, “Jeff, why do you trust people so easily? Don’t trust people all the time. You’ll get hurt. You’ll get blamed. You’ll get in trouble.” And they negatively reinforced what was coming instinctually from within.

I also remember a time when my parents were arguing at home and, as a child, I would see my parents fight.

My mom would cry. I’d bring a box of tissues. I would interject, “Mom, don’t say this. Dad, don’t say that.” And my mum would say, “When adults talk, children shut up.” And I began to internalise that, and I began to negatively reinforce myself and silence myself.

When I would see something happening, I would say, “Jeff, just keep it quiet. Don’t say anything.”

And as a result, I would notice other people and instead of using my voice, I would judge people.

The second point was actually significant traumatic experiences. And so, an event happened when I was around five or six years old. My sister and I, we had an argument at home, as kids do. What happened was my sister told her teacher and that teacher then called me from my class to her class. I stood in front of that classroom and I was made to apologise in front of my sister and in front of all those kids.

And so, what happens as a five- or six-year-old? You cry, you look stupid. You don’t know how to fight back. And so, that entire classroom laughed at me, as did the teacher.

So, this significant traumatic experience took away my voice of standing up for myself.

I can’t be mad when things don’t work out. “God, why?” I can’t ask these questions. And so my faith with God became quite compliant. It wasn’t freedom-based, it was more obligation-based. “God, if You are good, then You wouldn’t have…”  It became judgment-based.

Because of this negative reinforcement, because of these significant traumatic experiences in my life, the outcome was that this led to the silencing and the suppression of my voice.

There are many times of frustration and anger, and I didn’t know what these emotions were.

And so, my brothers-in-Christ helped me to understand the consistencies of what was actually happening in my life. They prayed for me. They asked the Holy Spirit to guide the conversations and soon, we identified that there were very specific situations that triggered these feelings and these emotions.

And there was a common trend that surfaced and these common trends would often involve brokenness, or some sort of injustice, or unfairness where somebody was disadvantaged as a result. And the natural inclination was that when I would see these situations, I would go up to these people.

It validated my feelings and my heart responses.

These weren’t voices that need to be silenced. They needed to be broadcasted. These feelings, these actions of compassion, is needed in the world.

Now as men, what about us? What is instinctual to you yet isn’t to others? What do you notice, yet others don’t?