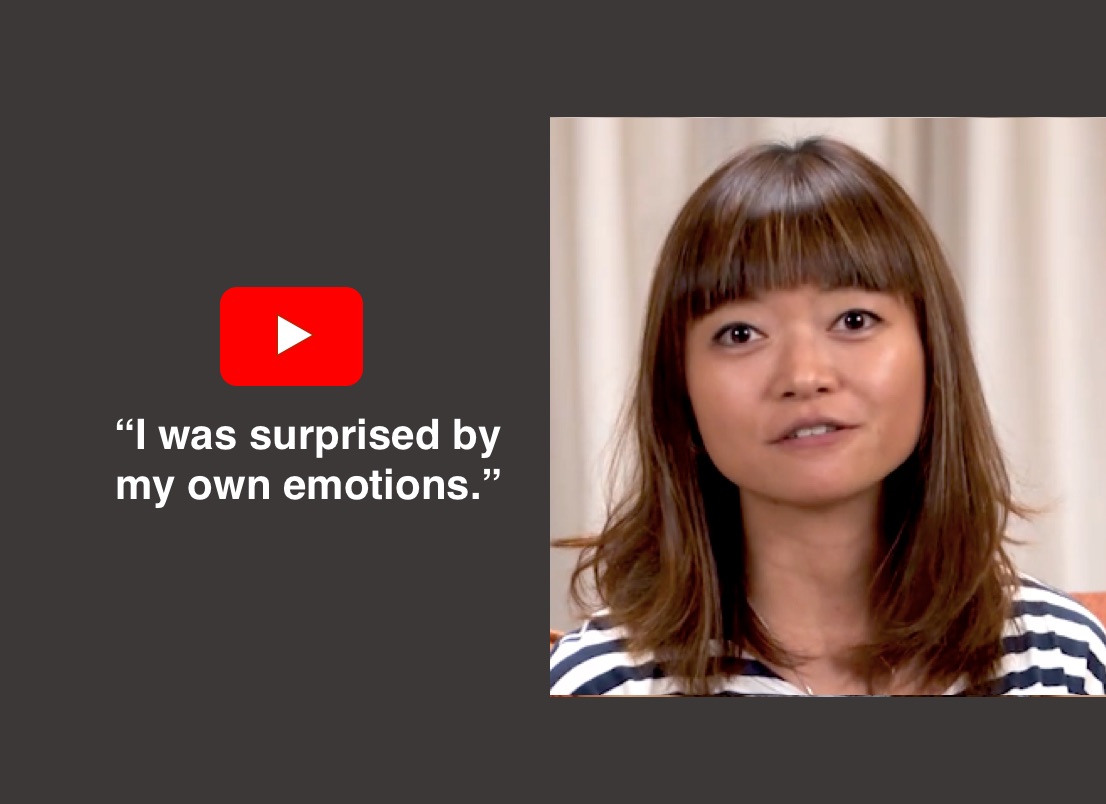 Fiona talks about how she was lovingly led to uncover and release her suppressed painful emotions from past hurts during prayer ministry. As a result, she has been experiencing God’s love and intimacy more and more. Praise God! Watch her testimony.

God was the One who created all these emotions.

And He also experienced a lot of anger and sadness Himself. It was great to know that I no longer need to suppress these emotions and I don’t have to fear them or shun away from them.

Hi, my name is Fiona. I’ve been a Christian since I was in kindergarten. A few years ago, I was led to join a discipleship group and it was there that I was taught what it means to continually renew our mind and renew ourselves in Christ.

Having been a Christian for a long time, no one has ever told me that we have to turn to the Holy Spirit to renew ourselves continuously.

It was like although I have been a Christian for a long time, I was still carrying a very heavy backpack, filled with junk in my life. And I never went through the process of offloading this junk to be made righteous before God. After I finished the course with my discipleship group, I was led to do a prayer ministry session.

I found myself coming in front of God and actually repenting a lot of the sins that I committed.

There were a lot of superstitions in the family ranging from, you know, burning paper monies during ghost festivals to offering food to home altars.

I was very glad that I was able to come in front of God and to repent off all of these practices, which I know displeases God.

A few years later, I realised that I had to go into another prayer ministry session where I had to go to God to further deal with healing which I needed in my heart.

Through a lot of past hurtful relationships with men and also difficult family conflicts in the past, I have somewhat learned to deal with it by burying a lot of what I thought were negative emotions, such as sadness and anger. I would actually stop myself from feeling angry because I thought that being angry is actually not godly.

And I told myself not to be sad because I somehow thought that sadness is not glorifying to God.

Another way I’ve learned to deal with past hurts in relationships was by making a lot of inner vows to deal with these hurts. So, I would say things to myself, such as, you know, “I can’t rely on another man.” “I need to stay independent and not rely on anyone.” “I have to be calm and not be angry.” “And I need to control my emotions and not feel sad and cry.”

A lot of these inner vows that I’ve made in my head meant that actually, my heart is being closed off and I would actually brush off a lot of hurts and sweep them under the carpet to avoid dealing with any of these emotions. And instead, I would actually go to God and said, “Oh God, can you give me joy?

But what I failed to realise is under the veneer of joy was a lot of sadness and anger that was never dealt with or expressed.

Through the prayer ministry session, the prayer counselors actually guided me through praying to God and releasing a lot of these hurtful memories in the past. And there were a lot of tears, to my surprise.

I never realised that there was so much pent up emotion in me.

Initially, I was quite scared of all the emotions coming to the surface, but I had to slowly learn how to savour them and bring them to God and ask Him to help me deal with them. It was through the session that I opened myself up to God again, and I invited Him into my heart so that He could heal me.

What I found later was a new freedom in my heart. And I actually felt that my heart was a lot more tender and soft compared to before. What it also meant was I could feel a lot more anger and pain in my heart.

And I learned that instead of suppressing them, I need to express them in a godly way.

The journey I had to go through is to learn to be friends with these emotions and that I had to bring them to God and ask Him to sit with me in my sadness or when I was experiencing anger.

With the help of the Holy Spirit, the fear that I had in my heart slowly subsided, and I’m able to experience God’s perfect love more and more.

I have since then felt more of the Holy Spirit’s prompting and I feel more intimacy in my relationship with God.

I know that it is because He loves me so much and He delights in me, that He sets me and my heart free. And in response, I just long to love God more and more every day.