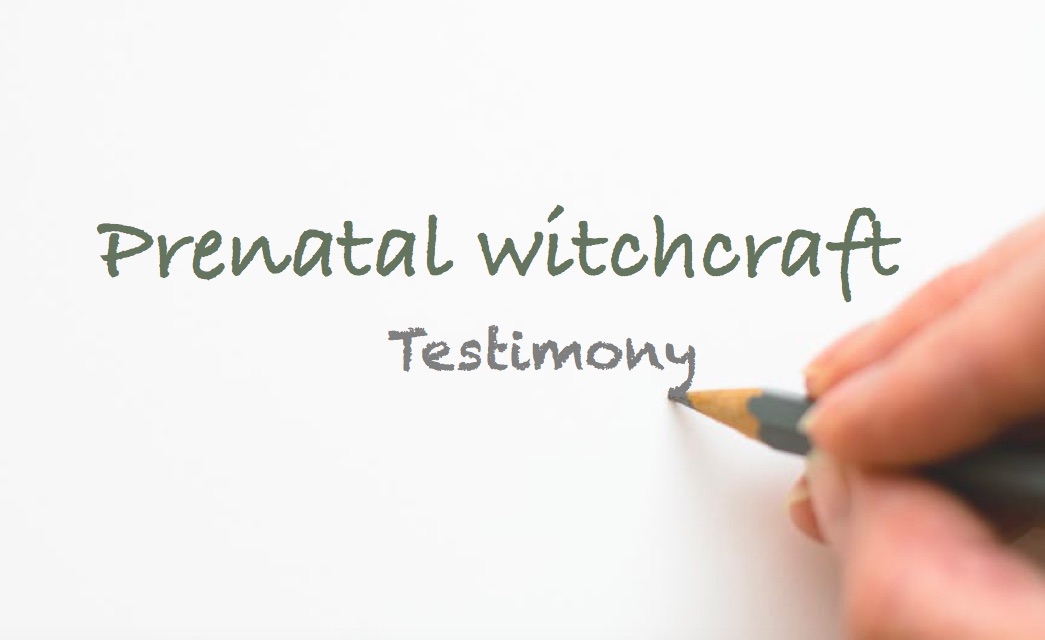 S felt unsettled by a strange disturbing dream and decided to seek the Holy Spirit’s counsel together with another prayer counsellor. God showed her that she was in bondage to several different fears, beginning with an experience of shamanism while she was still in her mother’s womb to the lies she believed about speaking up. As she confronted these fears with God’s help, S felt released into greater freedom in Christ. Praise God!

I have been on my journey of renewal for several years and have experienced much greater freedom and intimacy with God.

However, there have been signs that there are areas in my life that still need healing. One night, I had a frightening demonic nightmare where a strange visitor put me under a spell. In my dream, I tried to command the figure to leave, but she told me I couldn’t break the spell “because it was black magic.” I shared the nightmare with another prayer counsellor who agreed that it was an alert that I needed prayer.

Before the prayer session began, the prayer counsellor heard someone say over and over again, “I want to die, I want to die.” When she shared those words with me, I recognised those thoughts as mine because I had them often when I was growing up.

At the start of the prayer session, the prayer counsellor asked if I was prepared for anything that might come up during prayer. Even though I had been through renewal prayers before, I felt afraid and started tearing up.

The prayer counsellor received a revelation from the Holy Spirit that my mother had visited some people who were shamans or mediums.

She sensed fear when they touched her pregnant stomach. My mother probably had not meant to hurt me, but the spirits behind the shamans who prayed over my mother and me while I was in her womb had the intent to kill me.

My mother has never shared why I was born prematurely, but perhaps this visit to the shamans had something to do with it.

When the prayer counsellor asked me to pray in Jesus’s name to break spiritual ties with these people and their rituals, I felt like something in me didn’t want to pray. But since I had felt similar resistance previously when I repented of other occult involvement, I ignored the feeling and was able to pray out loud easily. I repented of submitting to occult spirits, of wanting to die, of choosing to hide, to not be seen, and to give up on life.

As I continued praying, the emotions of regret and sorrow rose up in my chest.

I was truly sorry that I did not fight or call out to God from the womb, and that I gave in to fear. Logically, I knew I was only a baby in my mother’s womb then, but I felt as if I was a close eye witness of the occult rituals as they had happened, and that my heart was horrified and recoiled in fear. Moreover, I also felt as if I could have cried out to God for help even when I was a foetus, baby, or young child who hadn’t heard the gospel yet. The fear, regret, and grief were truly mine and they felt like they had been inside me for a long time.

I repented for judging my mom for her decisions to turn to the occult, and also for the times she turned to herself because she thought no one would help her.

In my younger days, it was easy for me to judge my mother. But as I was praying, I knew in my heart that I too struggle with the temptation to turn to my own strength.

For most of my life, I believed that if I kept working hard, I could save myself and my family. So, I grieved because finally, I understood how hard it must have been for my mother to resist that temptation to turn every which way for help, and it became easier for me to repent for judging her.

I felt desperate in my heart and earnestly asked God to help me and my family. I didn’t want to be fearful anymore, but I still felt so much fear and told God that I wanted to give up all my fears. I was even afraid that I would fall back even though I was sincere. The prayer counsellor asked me to repent even of the fear that I would fall back because God always helps us get back on our feet.

I prayed to ask Holy Spirit where this fear is from and repented of wishing death and instead, chose life, hope, joy, and rejoicing.

The prayer counsellor received more revelations and spoke in another language which I understood. Translated into English, they mean: “You go and die”; “don’t be like this, you’re terrible”; “you don’t know your place, when you grow up then you will know (i.e. you will reap what you will sow).”

These words, which are very common in Asian cultures, are actually curses my parents often spoke over one another in their native dialect. But Jesus came to bring life and not death. I prayed to forgive my family and bless them, and then I commanded the spirits of behind those words (malevolence, control, death, mocking, and shaming) to leave me.

A few days after this prayer session, I noticed that my conscience is even more sensitive to my sinful thoughts and attitudes.

For example, the day immediately after the prayer, I realized that I was dishonoring someone I know in my thoughts and attitude, and the realization came like a shock of cold water.

By the world’s standards, I was treating this person well, given the circumstances. But God’s standard for holiness are higher, and I am now seeing even more sharply just how high they are. I became genuinely sorry for my thoughts and judgments, and realized that I wasn’t trusting God to protect me.

We truly cannot meet God’s standards on our own strength, but Jesus’s death covers us and we can pursue holy living with the Holy Spirit’s help and wisdom.

Prior to the session, my eyes had already been opened to how our own sin is more terrible than anything else. I had already repented of unforgiveness and many judgments I have had of my family, and I have also long been convinced that the occult is detestable to God.

But now, I feel as if a thin but very real and strong film has been peeled off from the eyes of my heart, and even though I cannot prove it, I am personally convinced that this invisible film was related to the occult that I experienced as a baby in my mother’s womb and other occult practices that passed down through the generations. This explains why in my dream, I felt I was powerless to command the strange figure to leave; I felt the fear and helplessness I must have felt when I was still in the womb.

After the prayer, I look back on these experiences and memories without a single drop of fear.

The prayer counsellor thought that the prayer session was over, and invited me to ask God for a word or vision for myself. But when I prayed, my mind was still blank and we asked God why.

The answer was “unbelief,” and the prayer counsellor asked if I had ever rejected the Holy Spirit’s gifts.

When I was a teenager, I had gone to a few Christian conferences that included charismatic churches. Even though I was given a prophetic word that came true years later, at the time, I found people from those churches strange and scary. So, I blessed the pastors and congregants from those churches, and repented of my silent thoughts against them and for condemning them as false prophets. I also repented for questioning the gifts of the Holy Spirit.

“Please forgive me for my ignorance and arrogance, Holy Spirit. Please forgive me for being disapproving of You, and please remove the stain from our relationship. Today I ask for Your forgiveness and repent, and I am sorry. I want You to be my Best Friend so I want to hear every, every, every single moment. Please enter my ears and make them pop so I can hear what You have to say, so please remove all blocks. I repent of my unbelief.”

At the end, the prayer counsellor saw sparkling feet—sparkles were related to a vision I received a couple of years ago—and then heard, “You’re ready to walk forth.”

But I was still afraid to let go, and was afraid of “what will come out” of my mouth.

I waited for a bit and felt confused because the memory that came up was not one of the more painful times. I must have been six or seven and I was playing with my siblings while my mother fed us soup. I went over for a spoonful of soup, and as I looked at my mother, I started to giggle and ended up spraying soup all over her face, so she slapped me for being rude.

When I prayed, I started saying things I didn’t know I had kept in my heart.

I prayed to cancel out these beliefs and the things said over me.

I also forgave and repented for judging my mother, father, friends, and relatives who did not know how to accept or react to my emotions.

They didn’t know how to guide or care for me and were impatient because they didn’t understand me. I gave to Jesus the expectation I had formed that people won’t know how to respond to me or accept my emotions.

The truth about me is that God can give me the right words, and when God fills me with His love, my words will be lovely. God also uses imperfect vessels so I don’t have to put pressure on myself to always get things right.

This reminded me that my grandparents had a small statue of the “Three Monkeys” that now represent the dictum “see no evil, hear no evil, and speak no evil” but actually originated from the worship of a Japanese god. I repented for obeying them in the past and asked God to heal my eyes, ears, and tongue.

God’s words for me at the end of the session were that I am a “smart cutie pie.” Since then, I noticed that when I pray out loud with others, I am less worried about what people think. The words come out so quickly that I often forget what I had just said.

This experience reminded me that the enemy uses fear to intimidate or torment us, but God can use even that for our good.

Sometimes, people may resist praying together because they are afraid of confronting their fears, and I felt particularly lost and weak when I was asked to pray about a memory of being slapped by my mother. But the changes I feel after each renewal prayer are deep and real. And as much as I hate to see my own sins brought to the light, the joys of continuing this journey are a very good trade-off.

Genesis 15:1 NIV  After this, the word of the Lord came to Abram in a vision: “Do not be afraid, Abram. I am your shield, your very great reward.”