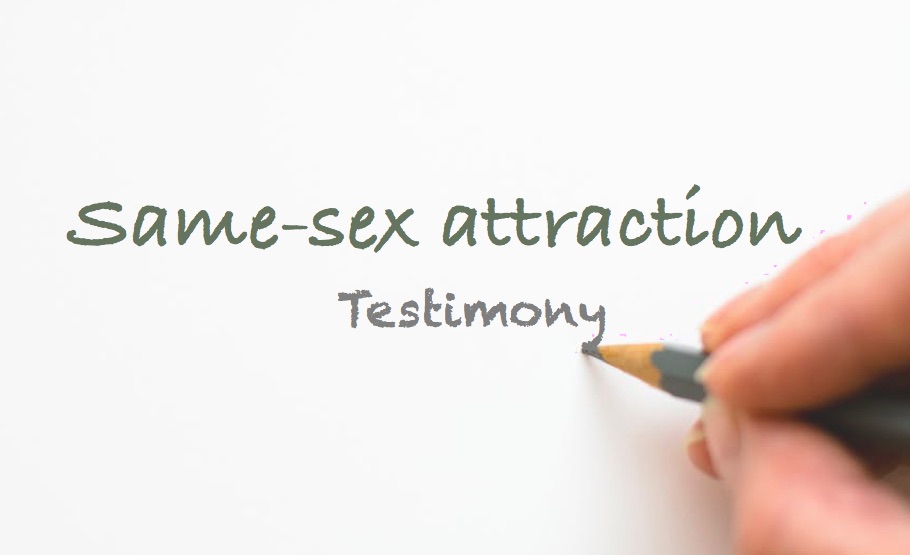 L grew up with constant childhood rejection and comparisons that eventually caused him to reject himself. Here is his testimony of recognising the ways that led him to develop same-sex-attraction and experiencing the affirmation that he needed directly from Jesus. Praise God!

I spent many years being chained by shame and self-hatred as I secretly struggled with same-sex attraction.

It was extremely exhausting living a double life – serving at church while privately indulging in pornography and lustful fantasies behind closed doors. As much as I wanted to grow closer to God, I could not stop myself from running back to my sinful habits. I was very close to believing that God would disown me. The battle in my head left me confused, helpless and disgusted with myself. I could not understand why God had to put me through this struggle that I did not choose for myself. I even foolishly begged Him to end my life if I were to continue on this seemingly hopeless battle.

“…With man this is impossible, but with God all things are possible.” Matthew 19:26

God understands how I felt all along. He wants me to be freed more than I did!

Despite my ignorance, rebellion, and insults towards Him, God saw past my sinfulness. He sees the potential and the glorious future that He has planned for me. He never stopped pursuing me and very lovingly led me to do a renewal prayer.

While I was hoping to “fix” same-sex attraction with the renewal prayer, God wanted to correct my warped view of my identity and the lies about Him in my head, which are the root causes for the development of same-sex attraction. It turned out that His goal during my renewal prayer session was the renewal of my mind to understand who He created me to be – the precious child He purchased with the blood of His Son, Jesus Christ.

Even as I was filling out the renewal prayer form, God revealed the roots of my struggles.

I had said many curses and lies over myself in the past.

Growing up, I have experienced a lot of rejection from my family and classmates. My expressiveness and sensitivity were often mistaken as weaknesses. My sister would embarrass me in front of our cousins and her friends by calling me names like “sissy” and “gay”. At school, I was excluded from sports games and isolated by other boys. I tried hard to fit in and even humiliated myself on purpose so that others would find me funny and accept me.

I slowly convinced myself that I was different, that I was less of a man.

My parents, being my source of comfort in my childhood, did not make me feel accepted or affirmed either. My mother often compared me to other children for my grades, talents and looks. Although the intention was to motivate me, I was disappointed in myself that nothing I did seemed to be enough.

I was also under a lot of stress as my father frequently lost his temper and threatened me.

His rage was like a ticking time bomb ready to explode anytime, and I tried to be on my best behavior, so as not to trigger any explosion.

Receiving love was not something I am accustomed to. I believed that love has to be earned, and even if I do well, it is not guaranteed. These childhood experiences had taken a toll on my understanding of God’s grace and was carried into my adulthood.

The feelings of rejection and abandonment led me down a rebellious path.

I was unknowingly yearning for affection from men, which I seldom received from my father, and it gradually transformed into same-sex attraction. I also idolized masculinity because it’s something I was told that I lacked. I compensated for that lie by putting on a hard exterior characterized by sarcasm and arrogance, in order to protect myself and disguise my inferiority.

During the process of the renewal prayer, I repented over my sins, cut ungodly soul ties and forgave those who have hurt me in the past. We revisited the painful childhood memories and invited the Holy Spirit to heal those open wounds.

What surprised me was how much I needed to forgive myself.

These lies that I have told myself had caused me to be spiritually blind, and built a wall between God and me.

“When I was a child, I spoke and thought and reasoned as a child. But when I grew up, I put away childish things.” 1 Corinthians 13:11

I submitted the hurting child in me to God at the renewal prayer.

There was so much healing and freedom from putting away the accumulated resentment from the past. I finally understand that I belong only to God. My identity is not defined by anybody, my past or my struggles, but by the One who created me and redeemed me.

“He forgives all my sins and heals all my diseases. He redeems me from death and crowns me with love and tender mercies. He fills my life with good things. My youth is renewed like the eagle’s!” Psalm 103:3-5

During the renewal prayer, God affirmed me through two visions.

One was a picture of me leading a large group of men to battle, with Jesus standing in front of me. Another was a silver star medal, which is a recognition awarded by the US Army Force for valor.

I no longer need to live in shame and self-condemnation because the perfect Lamb’s sacrifice on that cross had already wiped away my sins once and for all. I am now a new creation who lives with power and authority, which God gave me through Jesus Christ. I am a courageous and resilient conqueror. I may still stumble every now and then, but when I know that God is for me, I can always hold onto His promises and run freely in His grace.

See Homosexuality is not an identity issue and How to respond to questions on same-sex attraction.