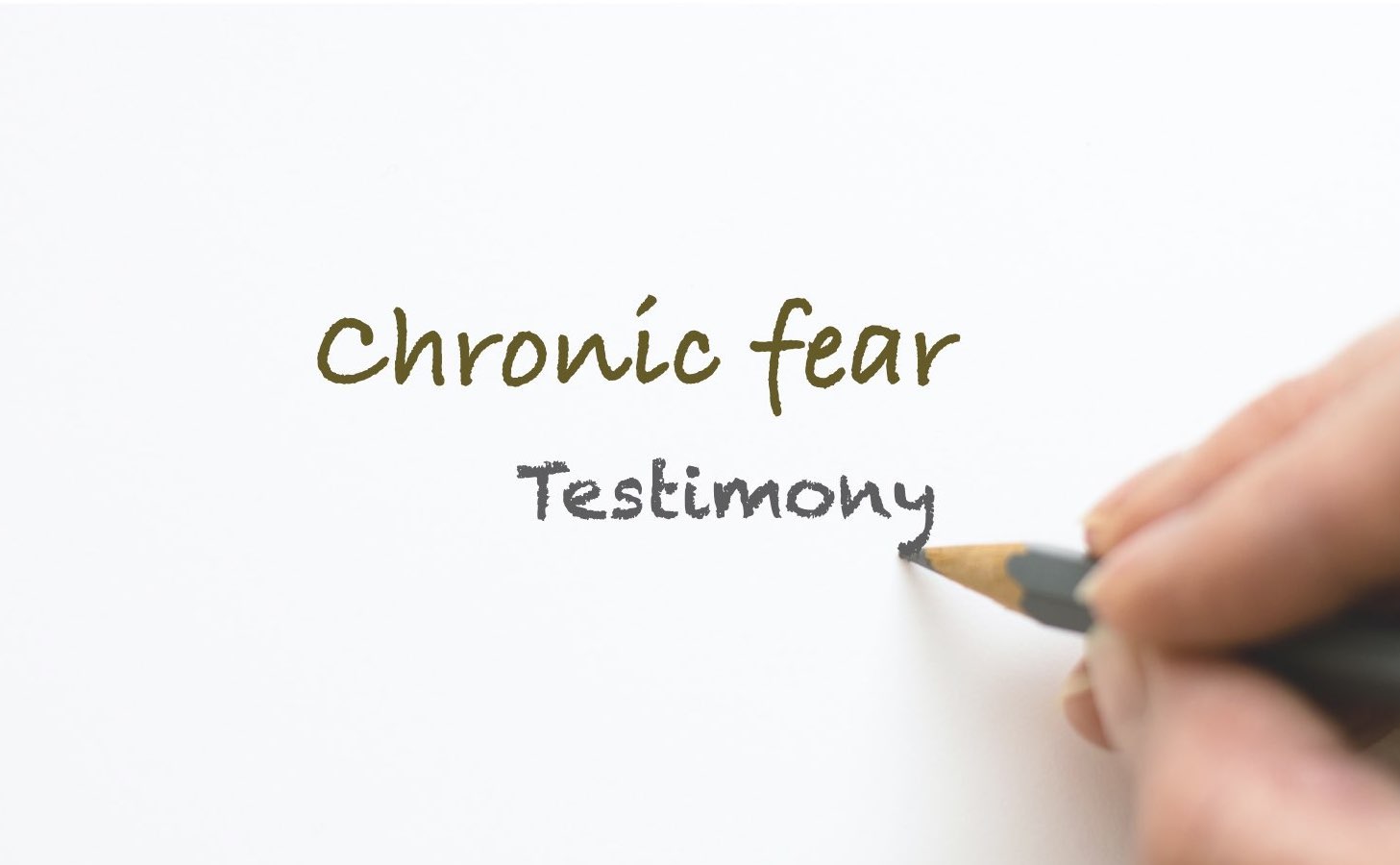 Jesus shows lawyer the roots to her fears

E continued to struggle with chronic fear even though she had experienced the Holy Spirit’s healing and deliverance in her previous renewal prayer sessions. In her journey of continually seeking God and being renewed into the image of Jesus Christ, E continued to seek the Holy Spirit’s revelation and transformation a third time. As she humbled herself before God, He faithfully showed her the roots of her fears lay inside her heart and released her to greater freedom. Praise God!

Fear has been my ferocious foe for all my life.

It was 3am in the morning as my heart palpitated and my body sweated. I was tossing in my bed. My mind kept ruminating on what had happened earlier in the day and I kept imagining all the possible scenarios that could go wrong the next day.

My life has been full of fear; I would get butterflies in my stomach even thinking of going to the park with my four-year-old, fearing that I would not be able to play with her.

As I started my contract work in May this year, fear just overtook my body – my mind was clouded, by which I was unable to focus and perform the simplest task on hand.

There were times that I had to call in sick and stay in bed for the entire day.

It was then that one of my friends suggested that I have a third renewal prayer and dive deep to find out the root causes of my fear.

During the prayer session, it was revealed by the Holy Spirit that my fear began when I was swimming in my mother’s womb. I have an identical twin sister who has been aggressive since she was little. That aggressiveness began in our mother’s womb.

The Holy Spirit gave me a vision that my sister was pulling my legs when we were born like Jacob who was vying for the rite of birth from Esau (Genesis 25:24-26). Fear began to harness my heart. Ever since we were born, my sister and I had a huge rivalry for our parents’ love, friends’ love, and accomplishments.

I always thought that our rivalry was due to my sister’s competitiveness.

Unbeknownst to me, our sour relationship wasn’t so much about her but instead it resulted from my judgments against her. As the Bible says in Matthew 7:1-2, “Do not judge, or you too will be judged. For in the same way you judge others, you will be judged, and with the measure you use, it will be measured to you.”

My judgment caught up to me: I thought my sister was self-righteous, a money lover, prideful, and insecure.

I became discontent, a chronic complainer, insecure, and critical of others.

As the repentance continued, the Holy Spirit revealed more about the generational sins that ran through my family. My grandmother was a mistress who gave birth to my mother and her brother out of wedlock. My grandfather left them and settled in the U.S. with his official wife and their children. It was in the mid-1970s that my uncle reconnected with my grandfather through a distant relative, so that my uncle could migrate to the U.S. But this move was under the promise that both my mother and uncle would not come into contact with him again. We felt betrayed and abandoned.

This grandmother had been my primary caregiver until I was 8 years old. I respected her so much.

I always thought of her as a victim of being abandoned to become a single mother who raised her two children on her own.

Even though all of these were factual and she did take care of me, I realised we all fall short of God’s glory.

My grandmother also coveted my uncle’s love and demanded material provisions from my mother through lies and manipulation.  She would guilt-trip my mother into giving her money and material possessions by saying she would soon die of old age. But she would say it in such a loving way, knowing my mother’s soft spot.  She also lied to my mother that she would be doing some traveling while she secretly went with my uncle to sort out some properties. She lied because she favoured my uncle over my mother and would want to hide the money from my mother.

The Holy Spirit revealed to me that the desire to be loved and to be rich has become one of our family idols.

I confessed for the family covetousness and insatiable needs on behalf of my grandmother and our families.

Additionally, the occult is something that has played a significant part in my family and my childhood – guanyin, Chinese fengshui, ancestral worship and many more. That day, I renounced our family idols and cut ungodly soul ties with all these occult.

After the renewal prayer, I felt something heavy lift from my heart and mind. To be honest, fear still looms around but it is more like an unruly cat that likes to nip with her paws instead of a prowling lion looking for its prey.

I have become more aware of my judgment on my colleagues, my family, and people around me. As a result, confession and repentance have been part of my daily spiritual discipline.

Most importantly, I can enter into the presence of God and build a relationship with the Holy Spirit. I am able to read the Bible with all my heart, soul, and mind. Through studying the Bible, I now see our Heavenly Father in a different light. He is not a distant and demanding God; He is patient and gracious. As I learn more about God himself, I like myself more because I am created in His image.

I am no longer afraid to look at myself in the mirror and I no longer hate His creation that I look back at me.

I still struggle and fall at times but I want to close with the following quote from Dr. Mark Bailey of Bible Study Fellowship describing the key components of a mature Christian: “It is God’s transformation of the life of a believer into the glorious image of Christ through the words of God by the power of Spirit of God with the fellowship of the people of God.”

2 Corinthians 3:17-18 Now the Lord is the Spirit, and where the Spirit of the Lord is, there is freedom. And we all, with unveiled face, beholding the glory of the Lord, are being transformed into the same image from one degree of glory to another. For this comes from the Lord who is the Spirit.