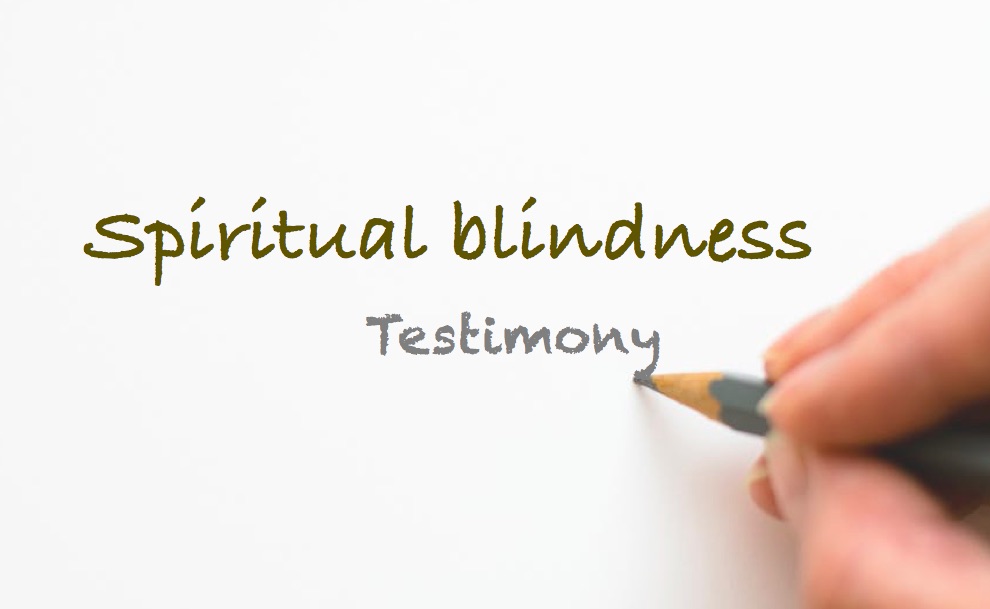 Jesus shows banker the truth about her father

T was plagued with memories of an unhappy childhood and resisted reconciling with her family, in spite of being convicted to love her family as God loves her. This led her to seek the Holy Spirit’s counsel and help. As she repented of all the occult that she and her family had been involved with, and confessed all her judgments of her father, she was released from spiritual blindness to slowly love her dad again. Praise God!

I was born and raised in a non-Christian family, where Taoist and occult practices were the norm.

In the year prior to my birth, my parents lost my baby sister to sudden infant death syndrome during her sleep. In the year I was born, my dad also lost his father at a fairly young age.

A sense of grief foreshadowed my birth, but there would also be a sweet longing presence of hope which would endure.

Being the middle child and only surviving daughter, I often felt misunderstood, neglected, and overlooked.

I know I had a happy childhood but these are memories that seemed to only exist in a drawer in my family home where there are thousands of photos of my siblings and me having the best life any kid could dream or ask for.

There are so many photos of us just playing, smiling, and playing at the beach and building sandcastles; eating ice cream and bubble gum; going on rides at the theme park; going on travels etc.

But if you asked me what I remembered, I would tell you that I spent much of my adolescence and adult life trying to block out the pain of my childhood.

My family was so broken and so damaged by sin in so many ways. I remember my earthly father being emotionally absent, verbally abusive, and physically violent towards us at times.

In addition to the many stresses of raising three kids on one income, pressures, and temptations of the world, there were spiritual strongholds from worshipping Taoism, all sorts of Buddhist teachings, Confucianism, and idolatry, some passed down through generations, which surrounded my family.

For myself, I have worshipped many new age occult practices. If it existed and it seemed interesting enough to heal me – it was worth a try.

Over the years, demonic powers would linger in my family and seed a lot of spiritual darkness as a result, including:

I turned to Jesus Christ this year after the Holy Spirit reached out to touch my heart one Easter Sunday.

From that point onwards, my life has quickly transformed into a God-seeking journey of affirmation. God has been drawing me ever so close – in what has felt like a lightning bolt pull towards Him. Since then, I have begun walking with other broken people and helping to point others to God.

Through the Love the Lord course, I became more aware of the demonic spiritual realm and how deeply entrenched it was in my life. I did not know that my actions and my family’s actions were sinful to our Heavenly Father.

What I have learned is that we are all sinners and our Father in Heaven is such a kind, gentle, forgiving God.

Even though I did such terrible things to grieve His heart through all my years of self-righteousness, pride, self-idolatry, and choosing to be the master of my own destiny, He has chosen to forgive me through the redemption of Jesus’ life. Because Jesus’ blood was spilled for mine, my life has been spared by His grace, His mercy, His love.

I decided I should get baptised before my renewal prayer and my prayer counsellors helped me with identifying some key strongholds I had to die to as I got baptised into Jesus’ death to sin.

Romans 6:3-4 ESV  Do you not know that all of us who have been baptized into Christ Jesus were baptized into his death? We were buried therefore with him by baptism into death, in order that, just as Christ was raised from the dead by the glory of the Father, we too might walk in newness of life.

As I was preparing for the baptism, God revealed a few things to me.

Because of my upbringing with my earthly father, there was a lot of hurt and judgment towards him – and towards God. I did not feel affirmed, acknowledged, seen, or loved in my formative years. As a result of my wounds, I was not able to see my dad’s heart beyond what I had experienced through my own pain, to the extent that it blocked out so many happy memories of us growing up with him. All I could recall was the significant amount of pain and hurt I had felt.

I was led by the Holy Spirit to repent of my judgements of my earthly dad and God Himself (because I judged Him too).

I also had to repent of all the occult and idol worship on behalf of my family and myself. It took a long time to name each and every one (almost an hour!) – but I was getting lighter and freer, as if all the chains that I was bound by from these demonic spirits had fallen away. Slowly, I could also breathe better and the headache I had went away.

At my baptism, I prayed to God to renew my heart so I could be free from the strongholds in my life – to be able to feel, see and love others like Jesus does. I told God that I was prepared to give it all up, dedicate myself to Jesus Christ, and die to my fleshly self and ways of control, judgement, bitterness, so I could finally live my life with the freedom to be who He created me to be.

God did the impossible that day, an act of miracle.

After my repentance and baptism, I was finally able to see my earthly father with God’s new heart for the first time after decades of cold, hard silence. I felt like a veil had come off and my hardened heart began to soften – something I never thought could happen!

It was all made possible through the sanctification of repenting before God and the washing away of my old former self.

It was subtle but I could finally see and feel for my dad for the very first time, like a child taking her first steps.

I now understand that my dad is a man who was broken through his own family upbringing of abuse and emotional wounding. This resulted in him passing on the pattern to us.

After I prayed and asked God for His forgiveness for my own sins, I no longer view my dad as the perpetrator in my heart. I am able to see him as a man with such a big heart for his family, the one he sacrificed so much for, for the kind, loving, generous man who God created him to be.

The Holy Spirit also revealed that my earthly father has been in bondage to a spirit of muteness.

This meant that he was muted so that he could not respond at all in any situation – which was what exactly happened on many occasions when I tried to speak and plead with him for a response.

In recent years, I have already begun to see God at work in my father, He has blessed my dad with words of affirmation to bless me, something that he has never done before. I praise God for His goodness and faithfulness to my family, for revealing the heart of all His creation to us, and for his redemption, even through the lens of our own brokenness.

God wants us to come to Him, to bring others who are also broken to Him – so they can experience the greatest freedom and blessings in knowing Him, and to just be complete and secure in Him. He wants us to be a child of light in who He created us to be, beyond the temptation and empty promises of this world.