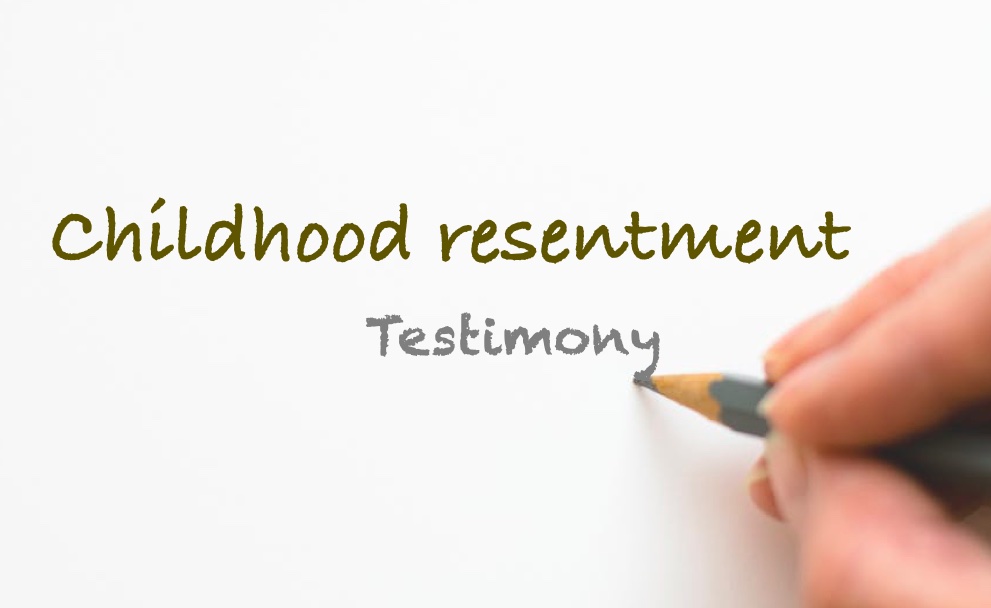 C began to feel anxious and distant from God again after overcoming severe anxiety and depression a few years prior. As she humbled herself to seek the Holy Spirit’s counsel, she realised the numerous judgments she held against her mother as well as her husband. As she repented, she began to experience peace again. Praise God!

I always thought I was a born-again Christian after my first renewal prayer and baptism in 2018.

That was until a few months ago when I was texting one of my prayer counsellors that I felt distant from God. I was also feeling anxious. This was a bit unusual, considering I’ve recovered from anxiety and depression. My prayer counsellor asked me a few questions. One of them was if I had judged or resented my parents or in-laws.

If anyone asked me about my relationship with my mother these past three years, I would say I have a pretty good one with her. We hardly argue anymore. And even if we did, instead of keeping quiet like I used to do, I’ve learned to share my thoughts and also voice out any disagreements.

The weekend before my next renewal prayer, I was in a rare argument with my mother.

It was over my daughter’s kindergarten applications. I felt overwhelmed by the interview videos I had to film so I started complaining to her, but she didn’t want to listen. Later, she started to comment on my big spending patterns and even compared me with my brother, who she thinks lives a “humble” lifestyle.

It started to trigger bitterness inside me.

It made me angry that she was comparing me with my brother again and I also felt like she didn’t accept me for who I was. Anyway, long story short, I told my mother how I felt about her comments and in the end, she apologised.

I thought everything was fine until my prayer counsellor asked me about it.  It was then that I realised there was so much unforgiveness inside of me. My prayer counsellors asked me to list out any situation where I still felt angry at my mum for. I didn’t even notice there was actually so much anger bottled up inside.

I told them I was angry I felt like I wasn’t accepted growing up.

I didn’t like how controlling and judgmental my mother was. Throughout our conversation, I also realised that I sometimes treated my mum well because I was scared she’d get angry, rather than out of respect. I even kept telling myself I didn’t want to be like her.

I also held so many judgements against her. My prayer counsellors then shared a verse with me; “For anyone who curses his father or mother shall surely be put to death.” Exodus 21:17

Although I prayed every night, I didn’t realise I was committing a sin that God must have been very upset about.

My prayer counsellors asked me to repent and explained to me that when we judge, we curse ourselves too because we acknowledge and praise the work of any ungodly spirits influencing them.

Throughout the renewal prayer, I also repented for judging my husband. Growing up, my parents didn’t really accept negative emotions at home. My dad looked happy every day. My mum believed I had no reason to be unhappy, given I had no financial problems.

After I got married, it really bothered me how my husband didn’t come home from work every day smiling.

I also judged him for always taking his time because he wasn’t “efficient” like me. I was also secretly proud that my daughter’s personality was like mine.

I always hated how controlling my mother was, but now I was trying to control my husband, even his emotions. I also didn’t accept his “relaxed” personality just like how I felt my mother didn’t accept me for who I was.

My prayer counsellors revealed to me that when I judge my mum, I become like her – but I will also become blind to my own sins.

During my repentance prayer, my prayer counsellors also warned me to be careful of the enemy’s hidden tactics. Around three months ago, my daughter’s school had a halloween party and I dressed her up as super mario brothers that day. Deep inside, I had a conviction that I shouldn’t go, but because I was scared to say no to the school, I told myself as long as I don’t celebrate and just treat the party like a costume party, it should be fine.

One of the prayer counsellors told me that some say super mario brothers figures have roots in the occult. The game has demonic figures and back in 1989, the game was once called the “Wizard”. I quickly repented for going to the Halloween party and also dressing up my daughter in that consume.

In the beginning of the renewal prayer, one of the prayer counsellors asked me if I had any bracelets at home.

At first, I said no because I totally forgot I kept a hello kitty crystal bracelet at home that my ex-boyfriend gave me years ago.

I told my prayer counsellors that there was one thing in my past that keeps making me guilty and uncomfortable – my previous relationship with my ex-boyfriend. I deeply regretted dating him, especially because when I was with him, I sinned a lot. He was also involved in a lot of occult practices.

My prayer counsellor explained to me that some crystals were used as lucky charms and for fengshui purposes.

After knowing that, I got rid of the bracelet and prayed.

It has now been a month since my renewal prayer and I can say I feel much more peaceful, less anxious, and more aware of my judgements towards my mother and husband. I have learned to rely on God whenever I start judging, as the Bible says in Mark 11:25: And when you stand praying, if you hold anything against anyone, forgive them, so that your Father in heaven may forgive you your sins.”

God knows every single thing in a heart even if we don’t say it out load. Our unforgiveness grieves him.