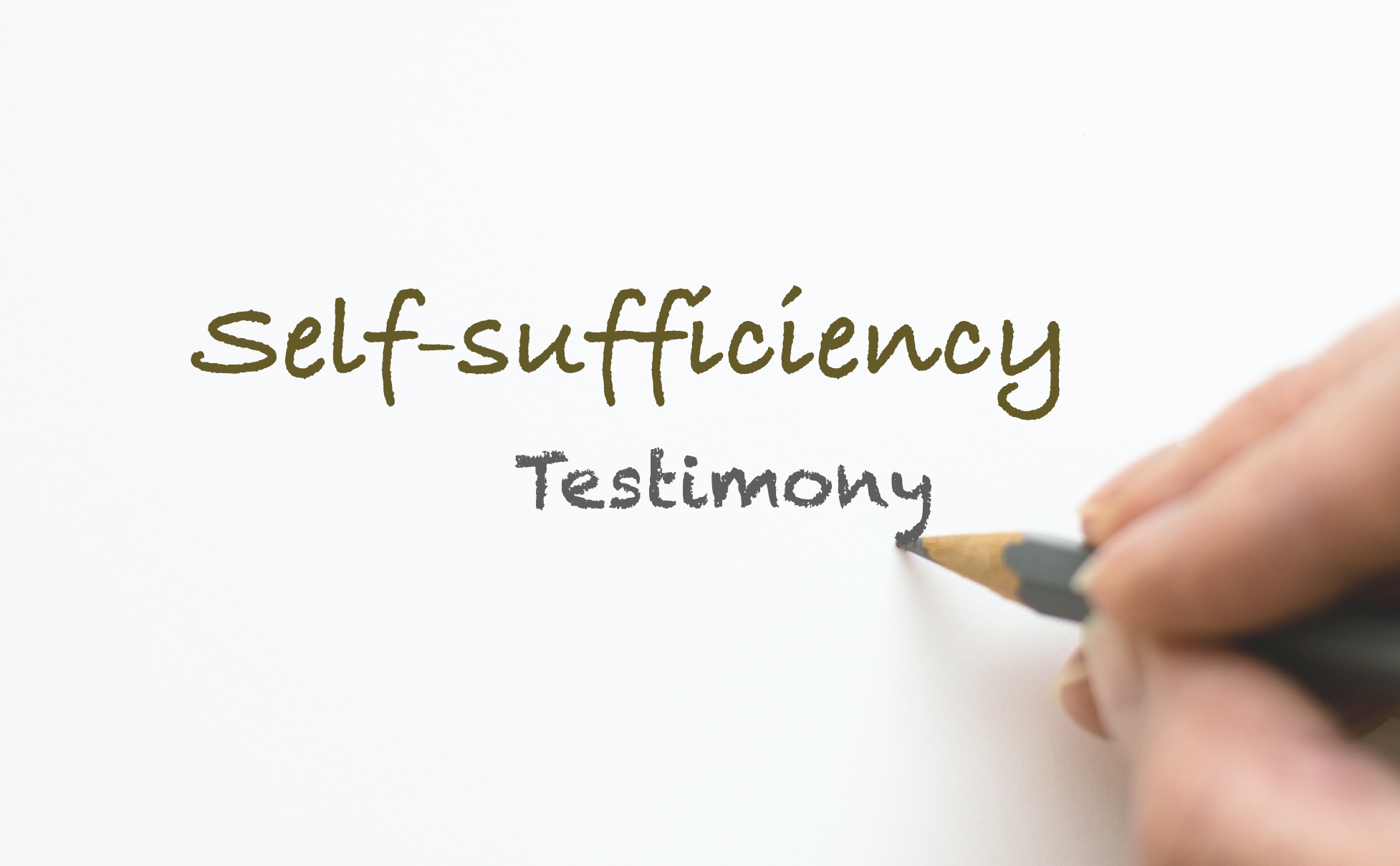 A struggled with letting God take the lead in his life. He relied on his own solutions in all areas of his life, until the Holy Spirit revealed the roots to his self-sufficiency to him. As he repented and sought God’s renewal, he began to see his purpose in life in a new light. Praise God!

Growing up, I was indoctrinated with the idea of self sufficiency by my mother.

Raised in a family of four, I was taught that ‘being in control’ is the ideal state of being. Mom acquired this doctrine from her own upbringing when she had to take over my grandparent’s role as head of the house since they both needed to work. They delegated the role of head of the household to mom when she was just a child.

Ever since I could remember, I was taught that chaos is a bad state of being, which is often due to lack of control and discipline. By employing discipline and control, chaos could, and should, be tamed to bring peace and therefore stability. Stability is the best state of being.

With such a teaching, I tried to be ‘in control’ in most things – financially, relationally, and spiritually from a very young age. This became a habit.

I was often stressed and tired as a result. I learnt that all feelings related to ‘chaos’ should be overcame by careful planning and striving. I also idolised war strategies, as I often romanticised how chaos (war) can be tamed by human plans.

‘Being in control’ then subtly sat inside me, almost as an automatic mandate. I turned inwardly for ‘solutions’, instead of going to God and the Holy Spirit for strength and guidance, especially in stressful situations. I could come up with a plan for anything but in the process, I hardly heard God even though I acknowledged His dominion.

I could hardly feel God’s presence as I drowned my thoughts with my own plans whenever I felt stressed.

I hardly sought His guidance even though I knew His words are the truth. My default mode of being is ‘I think’ instead of what the Holy Spirit thinks and says. I prayed weak prayers, as I thought I would eventually need to be in control in any case and left God out of it.

In a prayer session with Holy Spirit-led believers, God brought all these  ungodly subconscious thoughts and patterns to light.

I first repented of the years of idolising war when I discovered an unhealthy (but previously unknown) association with an ancient Chinese warrior-god. The Holy Spirit revealed that someone had prayed for this idol to ‘bless and protect’ me even before I was born. This spiritual background also drove me to compete with my brother as if we were always in a battle.

So I prayed for that spiritual chain to the Chinese warrior-god to be broken in Jesus’ name.

I then repented over the evil deeds I had committed as the Holy Spirit revealed how I had grieved and quenched Him by effectively muting Him through my prevalent theme of ‘being in control’.

I subsequently prayed over family relationships, particularly with my blood family. Prompted by the Holy Spirit, I prayed to repent of and break a distinct generational curse running in my family on the male figures (myself included) — where the men are not the head of their households and ‘weak’ males are a norm. This turned God’s design for family structures upside down.

Initially, I didn’t feel the need to pray for my dad, as I have grown to believe that I have no relationship with him.

I repented to God for hating and cursing my dad, for believing that he is useless and cursing him over the years for being weak. I also confessed my sin for wanting a different dad, all the while not noticing that I am cursing myself by cursing my own father.

The Holy Spirit then led me to re-examine my relationship with my mother. I noticed an incomplete leaving from under the shadow of my mother. God showed me that a lot of who I was had been based on what she taught me, which is to be in control, composed, and wise. In the process of learning from her, I idolised my mother instead of relying on God.

My mother’s truth had replaced God’s truth. As a result, my mother’s purpose (state of being in control) had become a stronger pursuit than God’s purpose.

I ended up not knowing who I am and only believing what my mom taught me was right and correct. I repented to God and asked for His forgiveness over this unhealthy idolisation. And I asked the Holy Spirt to reveal to me my true identity, when these words came to me in my spirit:

As if a wind suddenly washed over me, my spirit felt lifted. I no longer felt oppressed and could speak my own (uncontrolled) thoughts freely.

While I am still physically the same, I feel as if a NEW identity was been given to me from God.

I can walk with confidence as a new man with God’s purpose, rather than one living out of the wishes or idolisation of earthly figures. I also feel a new purpose, which is to redeem the broken relationships that have taken root in my family with the power of the Holy Spirit.