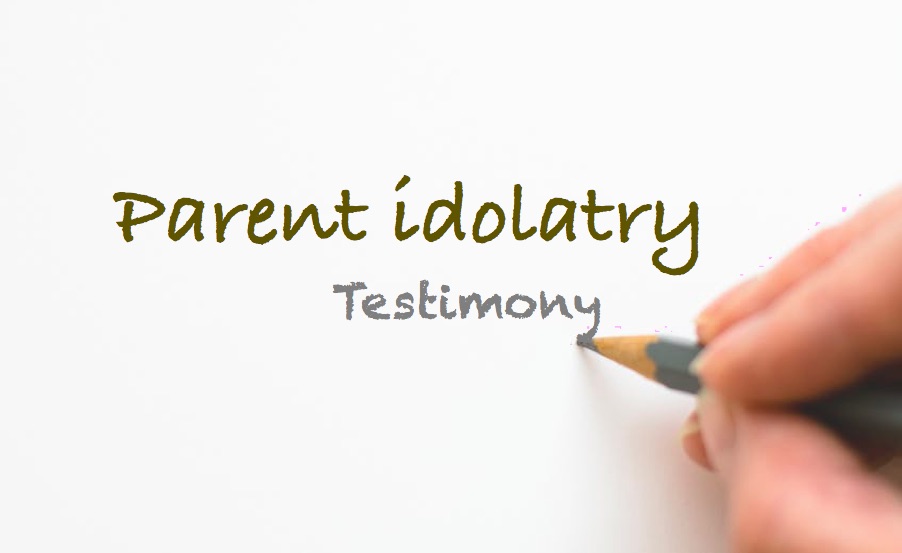 O was born into a Christian family and assumed her parents had all the answers on life and faith. Here is her testimony of realising that no human being can set the standard for perfect love, holiness and grace. Only God can. O has now learnt to worship her Heavenly Father above all else. Praise God!

Faith has been a big part of my identity since I was young.

Both my parents are followers of Jesus Christ. They met at a church youth group and were each other’s first loves. Coming from a Christian family, I grew up in a strong spiritual community.

In college, however, I began to doubt that God was necessary for my own success. My peers on campus looked happy and thrived without any regard to a higher being, whom I was taught to call God. Over time, I began to think that Christianity was merely a social construct that I had picked up from my upbringing.

At the same time, I devoted much of my time studying philosophy, contemplating existential questions such as “What is most real?”, “Is there a ‘best’ way to live?”, and “Do humans have free will?”

Being a heavy thinker, I found philosophy fascinating.

I find comfort in rationalising and sorting things out in my mind in logical ways. Philosophy appealed to me because it attempts to answer everything based on logical human wisdom. For me, “God is the One and Only” soon ceased to be the absolute reality.

So I left wandering and chased after my own happiness and desires – without seeing the need for God. But the fleeting pleasures and achievements in college provided no lasting fulfillment.

I was left empty and lost. In fact, I was dead inside.

One night, when I was at my lowest, the Holy Spirit reminded me that I had a second chance if I invited Jesus back to my life. It was a miraculous turning point. I repented of my sins and vowed to bow to Jesus as my King, my Saviour, my Father. It was a sweet, profound moment when I experienced His grace – an undeserving sinner, a prodigal daughter whom He called home.

The overwhelming love Jesus displayed by dying for me on the cross became so real. It moved and transformed me.

After college, I continued to seek different ways to grow spiritually.

When opportunities for a renewal prayer arose, I refused time and again. I reasoned and convinced myself that I was doing fine and didn’t need any healing or transformation. I was reluctant to dig out all the junk from my past, but eventually picked up the courage to do so.

Before and during renewal prayer, I struggled with disappointment, anger, and pain as I reflected on some of the actions of my immediate family. One of the prayer counselors noticed this and reminded me of Matthew 23:9, which says “Do not call anyone on earth your father, for you have one Father, who is in heaven.”

I grew up seeing my parents as “the standard” of what is right and wrong.

Deep inside, I believed that I would be on track in life as long as I walked along my parents’ paths, following their guidance and teaching.

Whenever my parents fell short of “the standard”, I would be shocked, frustrated and even angry. It was hard not to judge their actions. In my mind, their shortcomings did not logically reconcile with the idea of holiness and grace. I realised that subconsciously, I saw them not only as my role models, but as God.

I had elevated my parents to a position where they had become my idols.

As I repented of this form of idolatry, I felt liberated from judging my parents and to love them as human beings, as my brother and sister in Christ. We are all the same in front of Jesus. I can only bow to one Father, who is in heaven, who sent His son Jesus to die for me. He is the One I will be held accountable to on Judgment Day, not any mere human being – even if they are my parents.

During my prayer session, I was also convicted by the verse Colossians 2:8, which says “See to it that no one takes you captive by philosophy and empty deceit, according to human tradition, according to the elemental spirits of the world, and not according to Christ.” It felt like an arrow was pointing at me.

I realised I had been lured into relying on my own human wisdom and rejecting God.

Whether the study of philosophy in itself is harmful or dishonouring to God, I do not know. I am, however, convicted that it is dangerous to expose ourselves to the teachings of this world without having the wisdom to discern what is true or not. I repented for choosing philosophy over God’s truths.

What has become more attractive to me now is to seek God’s truth, which will last and withstand all tests. Jesus says in John 8:31-32, “If you abide in my word, you are truly my disciples, and you will know the truth, and the truth will set you free.” This realisation has been so freeing!

This has sparked a new perspective in me – a new fire for God’s word.

It was also a big wake up call. Seeking the truth is not just learning facts about God or studying the Bible, but taking captive every thought to obey Jesus Christ. God is our only lasting and meaningful reality. Everything on earth will serve as the million arrows, pointing back to God, elevating His magnificent glory that shines for all eternity. I will continue to learn what it means to bow to Jesus as my King, my Saviour, and my Father and live out His truth alone.