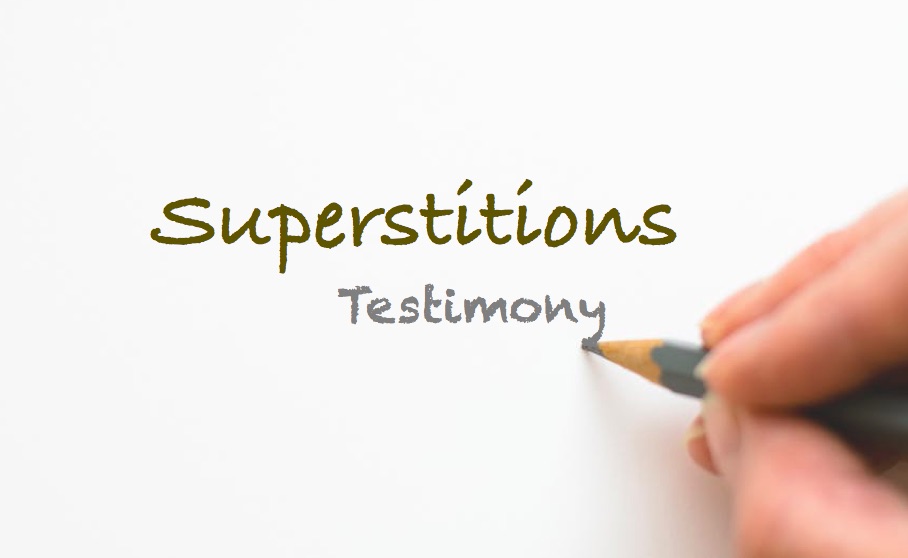 S is a lawyer who worshipped idols and believed in superstitions as she attended church. As a result, the initial joy she experienced after accepting Jesus as her Saviour was stolen away. Here is her testimony of being renewed through prayer and learning her authority in Jesus Christ. Praise God!

Someone once asked me, “Do you know what your identity is in Christ?”

I didn’t know the answer. I had become a “believer” in Christ for eight years by then, been baptised in front of thousands and served in church, but I couldn’t answer this simple yet fundamental question. It was clear that I had become a church-goer, but not a follower of Jesus Christ.

I had been obsessed with the occult since birth.

My grandmother dedicated me to Guanyin (觀音) and my parents worshipped idols such as “three gods of future prosperity and longevity” (福祿壽), guanyin (觀音) and guankung (關公). For me personally, I discovered fortune-telling as a teenager and read horoscope commentaries which claimed to predict human behavior and personality based on our birth month.

When I was afraid of the dark or couldn’t sleep at night, I would play Buddhist chanting music in the background. I was given a card with Buddhist scripture and was told by my mother to put it under my pillow for protection at home and during my travels. As a young child, I was given pearl powder to eat based on the superstition that pearl powder cures fear in children. I didn’t realise that this had led to my obsession with wearing pearls every day.

At a renewal prayer session,  I realised that I had been having a pearl superstition, such that I felt comfortable wearing pearls over other accessories. All these practices led me to believe in the lie that I could control my own life through worshipping idols.

Shame was also used a lot in my upbringing.

I was always made fun of about my appearance and compared to my peers for not performing well enough at school. It led me to develop a daily habit of self-criticism driven by fear. Through observing my prominent childhood idol, my mother, I learnt to mask myself with pride and anger in order to conceal my insecurities. From a very young age, I had already started asking “what would mom do or think?” in most situations. I came to believe that “people will only listen to you when you are angry or when they fear you”.

It was a life consumed with fear, shame, insecurity and anger.

By the grace of God, I started going to church in 2010. As a new believer, I was initially on fire for the Lord but that did not last for very long. I remember feeling fear while attempting to spend quiet time in the Word and I was still afraid of silence and the dark. I always felt distracted and bored when reading the Bible and didn’t understand how to connect with the Holy Spirit. This was probably related to the many idols still displayed in my house and residing in my heart.

Over time, I gave up connecting with God through His Word and the Holy Spirit. I returned to chasing after my own desires, living under my mask of pride and anger, even though I faithfully attended church.

And I continued to worship my mother rather than seek the will of God.

After I joined a woman’s healing programme at church, I realised my brokenness. I had been wearing a mask to cover the deep wounds and shame from the past. More importantly, my reluctance to forgive my mother built a barrier between God and me. Several months later, I decided to confess all this to God and repent through a renewal prayer.

At the prayer session, the Holy Spirit revealed to me that I had been holding grudges against my mother for things she had done in the past. Almost 20 years ago, she came home and scolded me after meeting with my class teacher without ever revealing the reason. I remember feeling confused and shameful for who I was, even though I didn’t know what I had done wrong. Because of this, I became so critical of myself that I became insecure and ashamed of who I was.

For so many years, I replayed this event through my own lens to justify why I should be angry.

Even after everyone in my family became believers of Christ and stopped continuing their previous occult practices, they did not remove or destroy the idols in our house. With such a foothold in my family, the enemy continued to tell me lies; that my father and mother didn’t love me and that I must not depend on them in any way.

But at the prayer session, I was given a vision of my mother crying in her room, not knowing how to raise her first child and worrying for my future. It made me realise that I had bought into the enemy’s lies all these years to think that my mother didn’t love me at all.

I was blinded by spiritual pride.

I used to think that my mother ‘should have known better’ with regards to how to raise me. I justified my unforgiveness and anger towards her because I judged her for not being a better Christian. But the vision helped me realise that my mother loved me the best way she knew how. It softened my heart as I let go of the fear and pain from the past and released forgiveness towards my mother.

Today, I don’t have a reliance issue with pearls and I have been more aware of any idolatrous accessories or souvenirs which I unknowingly acquired in the past, such as a bandana scarf with occult art or earrings with occult symbols.

I know that I must repent, destroy and revoke any spiritual influence from such idolatrous objects in order to remove spiritual blockage.

I have also confronted my fears. I used to fear to spend quiet time in the Word because I would be distracted in some way or experience spiritual attacks in the form of negative thoughts. Knowing my authority in Christ, I am now comfortable to go before the God to study his Word and pray to Him.

One of my prayer intercessors asked, “Do you know your authority in Jesus?”. I didn’t know at the time, but now I do. I now exercise my authority in Christ with confidence whenever I feel afraid or am tempted to believe in the enemy’s lies.

Whenever I realise that I’ve been told a lie by the enemy – usually words aimed to discourage or provoke feelings of the works of flesh such as envy, dissension, jealousy, anger (Galatians 5:19-21) –  I silence the enemy in Jesus’ name. Every time I exercise this authority, I feel the tension in my head go away and it becomes clear again.

His name is so powerful!

Mathew 10:1 ESV  “And he called to him his twelve disciples and have them authority over unclean spirits, to cast them out, and to heal every disease and every affliction.”

After my renewal prayer, I pondered about the gift of tongues. One night, I expressed my curiosity to God and asked if He would give it to me. Without an instant response from Him, I set this curiosity aside and didn’t think much about it. Not long after, I noticed that my tongue began to move whenever I worshipped in music! “He listens to my prayers!”, I thought to myself with tears in my eyes. It is such a comforting assurance of His Spirit in my life, and that He is here and He is so near. Worshipping God has never been so free and joyful before, and I genuinely enjoy learning more about God through His Word.