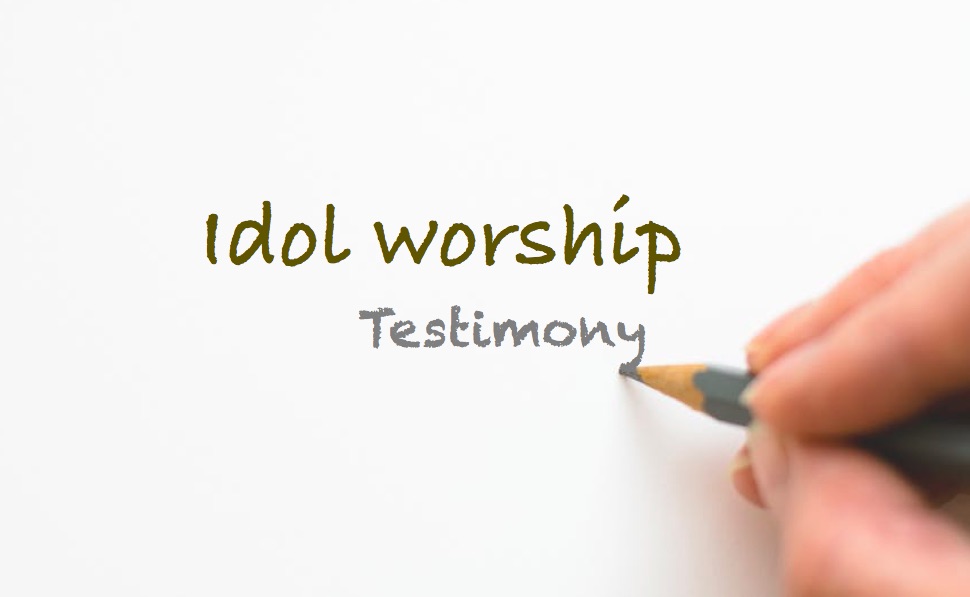 W kept noticing verses about idols as she read the Bible and felt God had a message for her. She finally found out why after she formally went through an inventory list of idol worship and repented of her family’s and ancestral occult practices during a prayer counselling session. In the process, she received greater freedom in Christ. Praise God!

I had been doing regular quiet time with God and fasting to ask Him for answers and guidance about several things.

I would also study the Bible during this time. However, instead of getting answers and peace about what I asked God to guide me on, God kept giving me Bible verses about idols.

If we are thrown into the blazing furnace, the God we serve is able to deliver us from it, and he will deliver us from Your Majesty’s hand. But even if he does not, we want you to know, Your Majesty, that we will not serve your gods or worship the image of gold you have set up.” Daniel 3:17-18

There were several times that I extended my fasts, hoping I would eventually get answers to what I asked about. Still, I continued to get no answers, just verses about idols.

I told God I didn’t understand what He was trying to tell me.

I’m a faithful Christian now and I no longer worship any false idols. I prayed that God would reveal to me what He wanted to tell me. Then not long after, a friend messaged me and said my name had been popping up in her heart and asked how I was doing.

We then met up for lunch. After she heard about God’s promptings, she encouraged me to do a renewal prayer for the second time as I came from very strong Buddhist background. After I prayed and fasted about this, I felt the peace to go ahead. I started to realise that perhaps God had been waiting for me to repent about the idols I came across in my past.

I scheduled my prayer session with the prayer counsellors not long after and started to complete the renewal prayer forms. The forms were surprisingly much longer than I realised.

I had to list out all the ungodly places, activities and idols that my family, my previous generations and I had come across.

During the prayer session, the prayer counsellors guided me to repent of every single item I wrote on the list. I asked for God’s forgiveness and mercy for myself and on behalf of my family and previous generations.

I repented for knowingly and unknowingly participating in the ungodly activities, visiting temples and ungodly places, and worshipping false idols.

It took a few hours for me to go through my list!

The prayer counsellors said that they had really bad headaches and disturbing dreams prior to my prayer session. By the time I finished repenting, they all said that their headaches had finally stopped.

During the session, another sister-in-Christ also sent us a text message. She asked if I had played any clapping game when I was young. I didn’t write anything about this on my prayer form, but my memory suddenly got triggered that I used to play this game when I was a child.

I remembered every word of the song that we had to sing during the game and it brought me goosebumps for some reason. I didn’t know why I had that feeling, but I felt God wanted me to repent for singing this song and playing this game. So, I did.

Afterwards, I did some research about the history of this game. I found out that it had some connection with “ghost worshipping.”

I am so glad that God reminded me of this and allowed me to repent and ask for His forgiveness.

The prayer counsellors also asked about my previous pregnancy termination. I told them that I only grieved briefly and that I wasn’t that sad about it actually. My husband told me there was no need to be sad, as we could always try to get pregnant again. They then asked me to talk to God about this out loud. As I started, I couldn’t hold back my tears and kept sobbing.

I asked for God’s forgiveness as my husband and I didn’t ask Him first before we decided to terminate the baby.

We only listened to the doctors’ advice and just believed that it was the best solution to do so. Looking back now, what if all the doctors were wrong and God wanted me to keep him? I repented for terminating His wonderful creation without asking Him.

I’m pregnant again now, and the doctor again told me I had this condition that would most likely cause my baby to arrive prematurely. The condition also caused me to suffer stomach pain all the time, especially during the night when I tried to sleep.

The counsellors led me to pray to rebuke all the doctors’ curses on my womb and baby.

They told me they saw my baby becoming a warrior of God and would love God so much. I was fearful before my prayer session that there was a chance my second baby would not make it also. But now that fear is gone, as my heart completely trusts in God and His plan for me and my family.

My prayer session took about five hours. I felt so joyful, light and relieved after it’s over. It’s like I owed someone I loved so much a super big apology for such a long time. And I finally had a formal chance to list out all the things I had wronged and displeased Him in my past and formally asked for His forgiveness and mercy out loud.

It felt like a big weight lifted off my heart.

If I had wronged my parents, I would normally have reconciled with them within days and verbally said sorry to them. But it took me this long to say sorry to God, my dearest Heavenly Father. How I wished I realised and did it sooner.